Posted by new wave crossover at 6:39 PM No comments:

another band from the uk' and their music is very similar to the classic modern english check this brilliant band from 1981....

here
Posted by new wave crossover at 1:23 AM 2 comments:


here
Posted by new wave crossover at 6:52 PM No comments:

another uk band' and very similar style' to joy division' the early postpunk''under dining out label......


here
Posted by new wave crossover at 7:55 AM No comments:

this is another new wave postpunk band from the u.s' i don't know anything about them' but this record is really cool' amazing postpunk band....

here's another band' that so much similar to the chameleons and comsat angels'' they also appeared on the invisible frame compilation.. 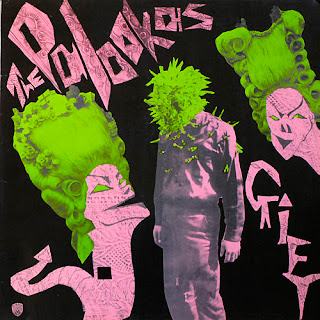 There are at least two bands called The Palookas. The original was formed in early 80s London and released records between ‘85 and ‘91. They were Jowe Head (vocals), Paul Holt (guitar), James Robotham (bass), Trudie Holt (keyboards) and Ritchie Praline (drums) not very sure if this their first released..


here
Posted by new wave crossover at 11:38 PM No comments:

it began one night in melbourne, in 1984, as a jam session with mark valentine on bass, mark amis on vocals, and myself(barry norton) on keyboards/drum programs. we recorded two songs that we had written that night, and this was the start of 'fact or fear', the first incarnation of 'three years in tibet'. this style of music was very different to me. it was dark, brooding, ambient...and above all, experimental. we made music out of anything, we just tweaked it a bit.


from 1984-86,mark amis and i wrote and recorded around 50 or 60 songs,with our crowning achievment, the release of the lp 'brittle branches'in 1985. this record was given airplay on several florida college radio stations,wfit in melbourne played it regularly.it was available in many major record stores all over central and east coast florida in 85-86. also through a friend of mark amis who is in british radio, several copies of the lp was sent to england, and we were told later that it was well liked and given airplay .i recently talked to mark, and he told me a record collector had contacted him and purchased all his remaining copies . also i would like to mention mark valentine, who has been in guest spots in our recordings on his trusty bass, and deserves credit for composing several bass lines which are the backbone of this style of music, and also vig, for several colaborations with mark and i on music projects in the tyit tradition.
you'can also check out their website at http://members.fortunecity.com/tyit84/threeyearsintibet/

1.shanghai
2.the silent window
3.twilight ravine [ the cutting edge ]
4.beyond tibet
5.eye wonder
6.lost in a tear
7.the reflecting pool
8.if man dreams

Posted by new wave crossover at 9:52 AM No comments:

another uk band from 1983 and this is under flame on label' this is recommended
check this out..

here:
Posted by new wave crossover at 10:21 PM No comments:

Munch formed in Kristiansand, Norway, in 1986, with the name taken from the famous Norwegian painter Edward Munch. They wanted to create a kind of music that made the same impressions as Munch's paintings...
Of the five members only two knew how to play instruments, but this was just in the vein of what leader Ivar Mykland wanted: Start from scratch, then you'll have to concentrate on how your instruments sounds, have to concentrate to recognize sound patterns which highly skilled musicians will pass on as uninteresting.

They started practicing in a sound proof room at Ivar's place, in Tordenskjoldsgt.23, N-4612 Kristiansand S. As time went on this rehearsal studio was transformed into a proper studio and eventually the location of their own label T23.

Due to this very basic start the process of writing songs took lots of time, in five years they wrote something like 25 songs. But Ivar express satisfaction with the way Munch was formed and how they developed: Like Einstürzende Neubauten Munch could write a song based on random sounds or accidents - like when Ivar had caught a cold and was coughing or if one of them played a wrong sound.

Munch split up after their concert at Rockefeller, in Oslo, on December 6 1991.

ripped 4 song from this album.

Posted by new wave crossover at 6:16 PM No comments: