the tempest released on anagram records 1984' another really good album' and this is recommended.....

HYENA 1ST TOT - v/a compilation on anything but records 1988

this is another fantastic compilation by anything but records label a compilation of belgian band.. 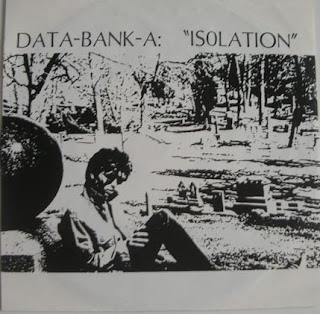 another good record by data bank A ' and a good cover for joy division' check this out..

1.i've got a plan
2.isolation [ joy division]
3.in every dreamhome a heartache [ roxy music]
4.homeless theme

The Danse Society were a positive punk group from Barnsley, England, active from 1981 to 1986.
Their line-up was: Steve Rawlings (voice), Paul Nash (guitar), Lyndon Scarfe (keyboards) up to January 1985 then replaced by David Whittaker, Tim Wright (bass) and Paul Gilmartin (drums).

In 1981 they released their first Single on their own imprint Society Records.
After various successful releases which where doing well in the Independent Charts their most popular Album, 'Heaven is Waiting', was released February 1984 via Arista.

Various hassles with Arista and the mainstream public during 1985 led to a cancelled follow up LP, the departure of Lyndon Scarfe and new recordings for the final Album 'Looking Through' which was released August 1986 back again on Society Records.
Singer Stephen Rawlings reappeared with a new band in 1987 simply called Society with one single; "Saturn Girl".
Rawlings then continued to pursue his path in music with the electronic act Meridian Dream.
While the other band members toured as Johnny In The Clouds with new Singer Mark Copson from Music For Pleasure but without releasing any more material before calling it a day.
Out of their Managment and Label grew Big Life Records.

They are planning to release a new album in 2011.

here
Posted by new wave crossover at 10:34 AM No comments:

Less a band than a training ground for a variety of Liverpudlian wannabes, Nightmares in Wax released only one EP during its brief existence, but that sole release was unforgettable. Neither did the band truly die, rather it evolved into the even more memorable Dead or Alive. Singer Pete Burns already had one failed group behind him when he formed Nightmares in Wax. The Mystery Girls also included Pete Wylie, Julian Cope, and Phil Hurst, and managed to play their first and final show on the same night. That gig, opening for Sham 69 at Liverpool's legendary punk club Eric's, took place on November 4, 1977. The group folded immediately after, with the members going their separate ways....


here
Posted by new wave crossover at 2:33 AM 2 comments: 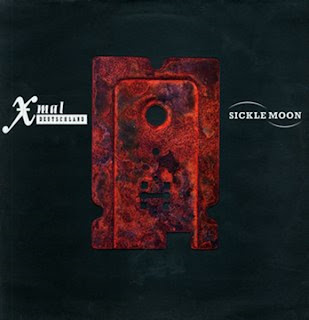 Xmal Deutschland formed in Hamburg, Germany in 1980, initially as an all-girl band, consisting of by Anja Huwe (Vocals), Manuela Rickers (Guitar), Fiona Sangster (Keyboards), Rita Simon (Bass) and Caro May (Drums) A year later they released their first single "Großstadtindianer" on Alfred Hilsberg’s Zickzack label. The band also contributed the to the label compilation "Lieber Zuviel Als Zuwenig". Around this time Bassist Rita Simon was replaced by Wolfgang Ellerbrock. In 1982 the band released the classic "Incubus Succubus". That same year, Drummer Caro May was replaced by Manuela Zwingmann. While German audiences were less than receptive at first, a UK tour opening for the Cocteau Twins resulted in a label deal with 4AD Records. Their debut album "Fetisch" (1983) and the singles "Qual" and "Incubus Succubus II" all made the UK Independent charts, even though the band used German lyrics. Manuela Zwingmann left the band one year later, replaced by Peter Bellendir. This lineup proved to be the longest running. 1984 saw the release of the single "Reigen" and the album Tocsin, followed by a world tour through to 1985. 1986 saw the release of "Matador", produced by Hugh Cornwell of Stranglers, The. Xmal Deutschland also opened for The Stranglers at a concert at Wembley Stadium in London. Their follow-up album, "Viva" was recorded in Hamburg and was released in 1987, followed by the single "Sickle Moon". After the release of "Viva", Manuela Rickers, Fiona Sangster and Peter Bellendir left the group. Anja Huwe and Wolfgang Ellerbrock continued to work with Frank Z. Abwärts on Guitar. Producer Henry Staroste played Keyboards, and German studio Drummer Curt Cress completed the line-up that would record the 1989 LP "Devils" and the singles "Dreamhouse" and "I’ll Be Near You". The LP showed a change of direction towards mainstream pop and this proved to be the last release from X Mal Deutschland, 1990 saw a few scattered live appearances, though the group soon split up.

Posted by new wave crossover at 12:37 AM No comments:

new wave goth from los angeles' and this is their second released'in 1987' check this out.... more info for this band here > http://www.screamingforemily.com/....

1.the love
2.too late for a prayer
3.last goodbye
4.another girl
5.from your heart
6.just a lie

Wasted Youth was a punk / post-punk band from London, England, active between 1979 and 1982, which blended early Goth and post-punk with dark acoustic strains of the sort associated with Nick Drake and Syd Barrett. The line-up of the band was Ken Scott (vocals and guitar), Rocco Barker (guitar), Nick Nicole (synth), Darren Murphy (bass) and Andy Scott (drums). Their records were released through Bridgehouse Records, a label set up by the bassplayer's father in the pub he owned in Canning Town.......

1.rebecca's room
2.Things Never Seem The Same As They Did Even Before They've Happened' She Added As An Afterthought...

The Comsat Angels were a post-punk band from Sheffield and Doncaster, England, active from 1978 to 1995.[1] Their music has been described as "abstract pop songs with spare instrumentation, many of which were bleak and filled with some form of heartache."[2] They have been credited as being an influence to current post-punk revival bands, such as Blacklist, Editors and Interpol.[3] The Comsat Angels toured heavily in the UK and in western Europe, especially in The Netherlands. They also toured the United States twice.[4] Their music has been extensively reissued and recompiled since 1995 by various record labels.

here
Posted by new wave crossover at 11:10 PM No comments:

another scottish new wave band ' from the 1980s' check this one out...

1.knowing you from today
2.across the park

here
Posted by new wave crossover at 7:45 PM No comments:

Fiction Factory are a Scottish New Wave band from Perth, originally formed in 1984.


here
Posted by new wave crossover at 7:19 PM No comments: