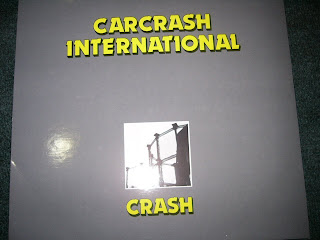 Carcrash International was formed as a kind of super-group consisting of the elite musicians of the Cleopatra label, similar to This Mortal Coil, concentrated around a joint project. The group appears to have centered around the music, writing and vocals of Dave Roberts (aka, Dave Sex Gang), recently departed bass player of Sex Gang Children; Matt Green (Keyboards); Bari-Bari (Guitar) and David Glass (Drums), both old Christian Death band members prevailing at the time in the group Mephisto Walz; and included musicians Nicky Garrett and Colin Dminchin at various stages. They were associated with the Batcave scene

here:
Posted by new wave crossover at 9:51 PM No comments: 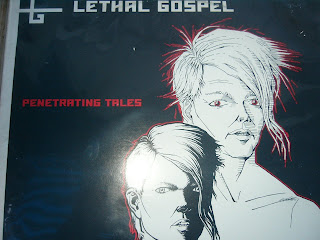 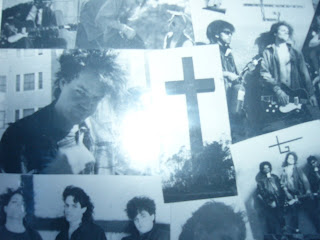 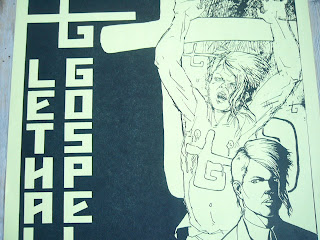 1.watch the wind
2.terminal art
3.the combine
4.ignite it
5.action speaks louder
6.watch the wind [ dance]
7.now what have i done. 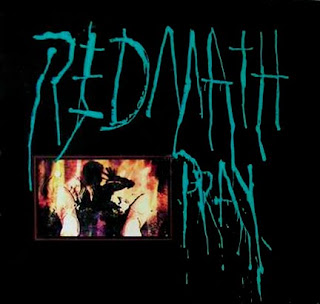 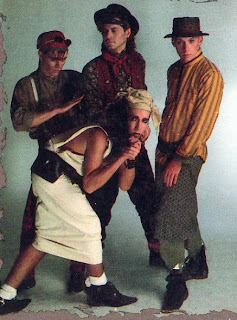 this is the second release' by redmath under heresy records..


tracks.
1.brain dead
2.leave me alone
3.before the flood
4.wrought in promise
5.through the gate
6.so this is america
7.whats to say
8.piece of purpose
9.pray fast obey

here:
Posted by new wave crossover at 6:47 AM No comments: 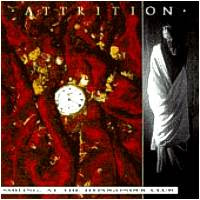 Forever there will be the speculation that the exploration of darkness as a beautiful place will lessen our fear of it all, ease the pain a little..."
Attrition, from Coventry, England, began in the early 1980s with founder Martin Bowes. This group has garnered a loyal following because of their ability to merge the electronic, darkwave and classical forms into something their own.
Attrition's sound is strongly based on contrasts. There are gothic tracks that incorporate violas, ethereal tracks that contain Martin's gritty vocals, and danceable electro pieces that use orchestral arrangements. Recent tracks have even brought in a member of the Paris opera, Franck Dematteis, giving the music yet another unusual twist....

here:
Posted by new wave crossover at 9:53 AM No comments: 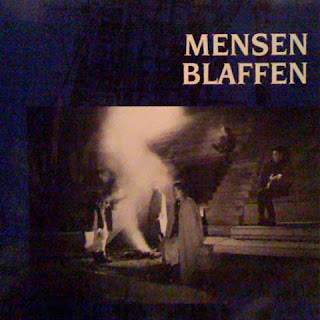 Mensen Blaffen (translated that would be "People Bark") was a group from Aalst who excelled in their funky and weird rock between 1984 en 1988. When asked to describe their own music, they said : "hardcore-chanson, ugly mixed with beautiful, sweetness and dirty worms together on a rotting horse. But the characteristic of Mensen Blaffen is exactly the difficulty of describing our music. It doesn't smell like Belgium, but it smells like the times in which we live". more info :http://houbi.com/belpop/groups/mensenblaffen.htm

JUST WHEN YOU THOUGHT IT WAS QUIET - various lp 1982 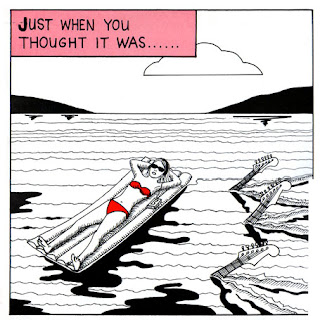 this is another fantastic compilation' very recommended check this one out..

here:
Posted by new wave crossover at 1:04 PM No comments: 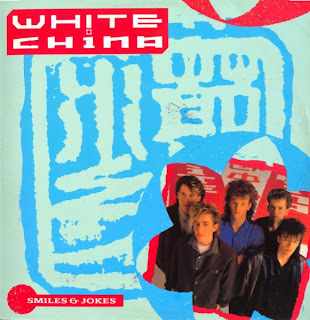 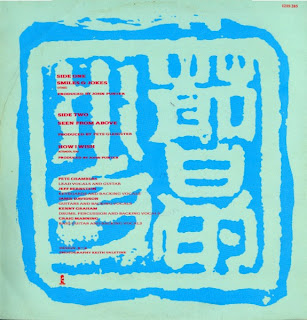 1.smiles & jokes [ extended version }
2.seen from above
3.how i wish [instrumental remix]

here
Posted by new wave crossover at 10:45 AM 5 comments: 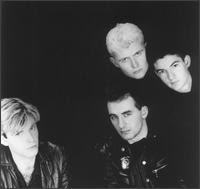 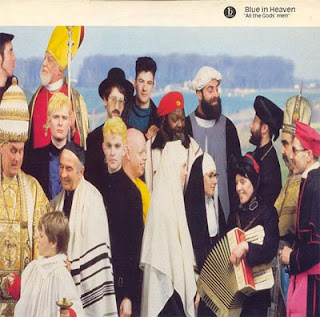 Blue in Heaven was a 1982–1989 Irish rock quartet from Churchtown, Dublin, Ireland led by singer Shane O'Neill. They reformed in 1990 as The Blue Angels. Shane later went on to form Supernaut with Dave Long from Into Paradise.

Blue in Heaven released a few singles on U2's Mother Records before being signed to Island Records in 1985, when they released their first LP entitled All The Gods Men which was produced by Martin Hannett. The album conveyed a lush, gloomy aesthetic by focusing on its heavy bass, combined with O'Neill's often incomprehensible vocals. It was favorably compared to Joy Division, however the album was not a commercial success...... this is a re-post request enjoy'' 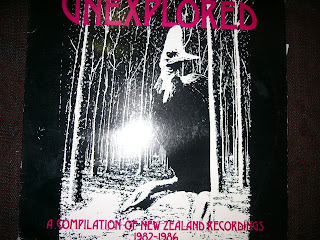 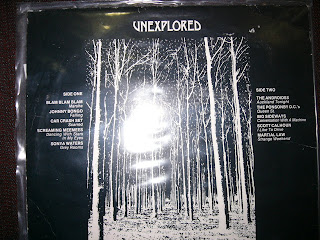 this is a compilation of new zealand recordings 1982 - 1986 strange weekend records. 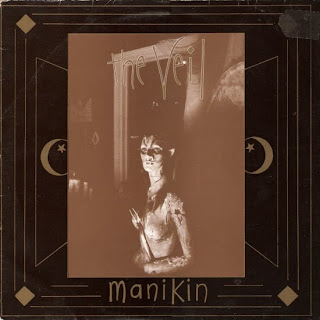 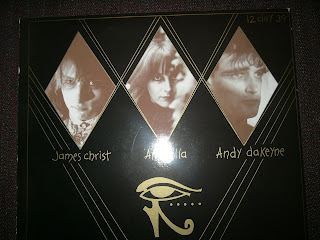 this record has been posted sometime ago' from phoenix hairpins blog..and thanks too' slow pulse girl of nightmare on wax...

here:
Posted by new wave crossover at 11:42 AM No comments: 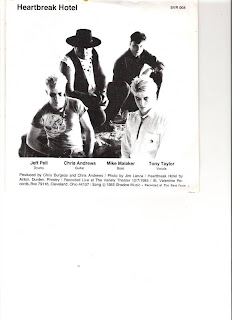 this is the second released by shadow of fear..


1.in the flesh
2.heartbreak hotel

here:
Posted by new wave crossover at 10:52 AM No comments: 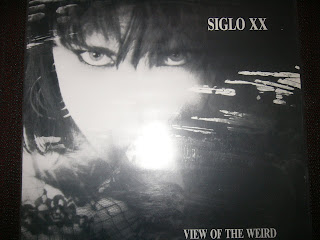 SIGLO XX hail from Genk, a depressed industrial city in Belgium. After the closing of the coal pits, Genk has now a painful present of unemployment, poverty, drug abuse and violence.
In that context, there's nothing unusual in a "rock" group stamping their sound with a hard, dark, but also very personal and emotional philosophy. Their formative years were the years of Punk. And perhaps there you'll find a cause for their headstrong tenacity of doing it in their own way. SIGLO XX refuse to produce music that shys away from looking reality straight in the eye. They've succeeded in imbuing their art with a touch of impressionism that's sadly lacking in a world preferring to whistle only unaffected melodies. SIGLO XX have remained passionate and fascinated, following their own chosen way without losing sleep over fashion or trends. Constantly evolving, the group attracts a growing number of committed fans all over Europe.

In 1980 Siglo XX independantly released their first 7'' single ‘The Naked and the Death’. Things really got rolling two years later with the maxi-single ‘The Art of War’, still a classic and for instance included on a ‘New Wave Club Class.X’ volume. Later they signed to Antler Records which released a few of their albums and maxi’s. Their sound resembled Factory bands like Joy Division and Section 25: cold new wave, with dark basses, moody synths and depressive vocals. Siglo XX sounded probably even rawer than their more famous examples, with sometimes punky guitars. In the mid 80’s a move to Play it Again Sam followed, where three albums came out. The last was ‘Under A Purple Sky’ in 1989.. 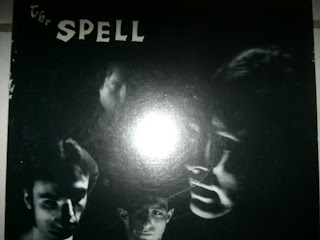 this is another american band'under viable option records. sorry i don't have any info for this.
tracks;

1.paradise of ice
2.this is isn't my funeral
3.moonlight shadows

here:
Posted by new wave crossover at 8:01 AM No comments: